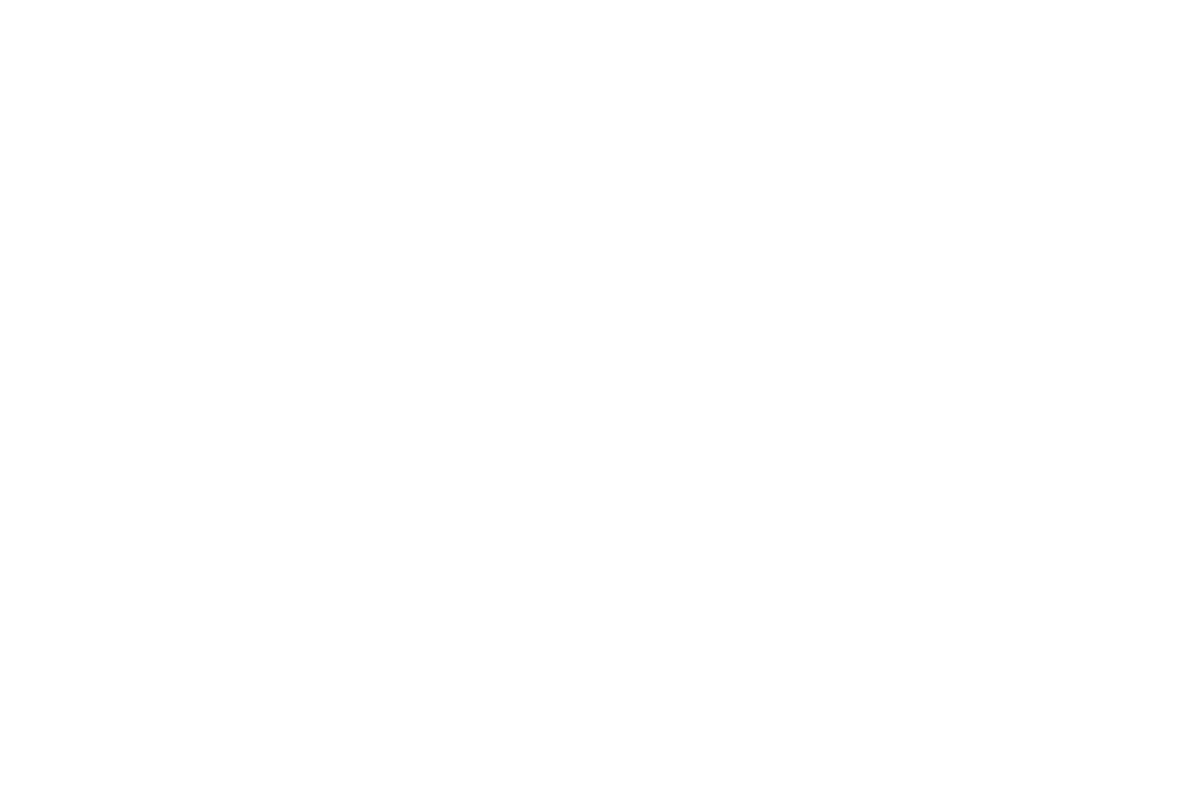 Current situation is bigger than racing

What a difference a week makes! It has been one of the most surreal weeks of our lives and I don’t think I or anyone else will ever experience anything like this again – hopefully. It is very strange. I can’t quite decide what I think about the decision to put racing on lockdown, but I do think it was probably the right one.

However, I am not sure we gave behind closed doors a big enough chance. I don’t know why we couldn’t have had Cheltenham and then gone behind closed doors – I know Ireland just stopped all racing, but before that they gave it a good go. The fact of the matter is there really is no correct answer, this is such an unprecedented and it was obviously a very difficult decision at the time.

I thought the NTF statement was really good and very interesting. They explained they came to the decision they did because they felt it wasn’t strong enough to withstand a disaster if, on the very unlikely chance something awful happened, racing would have got some really bad publicity and people would think: ‘what do racing think they are doing? Why do they think they are different when every other sport is closed down?’ Put it this way, I’m glad I was not put in the position to make that call because it was a very difficult one and you were never going to be able to please everyone. People who are considerably more knowledgeable than I am have made the call and I am pretty happy to go with that, because at the end of the day – this is bigger than racing.

In terms of my business, I am of course, going to be under a lot of pressure in the next six weeks but I’m not going to lose my livelihood over it and I am not going to have to give up my licence. I am well aware there are a lot of people who will be considerably worse off than me and I feel very, very sorry for them, because this is something that is completely out of their control and could very possibly decimate their business, potentially ruining a huge number of lives – it is just a horrible, horrible situation.

It’s strange times and quite frustratingly, like I have said publicly, I think I have the best bunch of horses I have ever had, and I want to race them. We are just going to sit tight and find a resolution soon.

There is a real worry as well that the younger generation are not taking this seriously and that they think they are invincible and it doesn’t really affect them, so I really hope that people are watching the news and watching what’s happening now and being sensible and staying at home. The stricter you are with yourself the quicker it will go and the less lives will be affected.

Dubai was an interesting one, because obviously they had been racing behind closed doors for a little bit, and they were absolutely adamant that racing was going to go ahead and it made sense as a load of jurisdictions had made racing behind closed doors work. As a result, I guess when they tell you it is going to happen you take their word for it. But after they closed their boarders in the middle of last week, everything was thrown into a bit of chaos and I was wondering how we were going to get people out there. My travelling head girl Tash, who travels Prince Of Arran all over the world, came to me and told me she didn’t want to go as she was worried she wasn’t going to be able to get home – which I assured her was never going to happen – but also respected her decision. So, Kelly, who went with him to Saudi, put up her hand and said I am happy to go, which was a brave move.

We got her out there with the horse and everything looked good and he exercised on Saturday and then on Sunday we got a call to say that Dubai is off. I had no issue with them cancelling it at all, they have to do what is right for Dubai and all the people in the country. However, I then got a call from Kelly, who is 23 and away from home, she was panicking that she couldn’t get on a flight and that everyone was leaving and I felt terrible because I had promised her she would be fine to get home.

This was when I started to get, not only concerned, but also angry about the situation, because it felt like we weren’t getting any help and we were on our own. I felt so responsible and really guilty that she might not be able to get home. As it happens it was one call to the Dubai Racing Club and five minutes later she was on a flight out of Abu Dhabi. It was a worrying situation, Prince Of Arran was going to get home whatever happened. I really didn’t want Kelly being stuck out there away from family, away from her friends – it was very important to me that we got her home.

But fair play to the Dubai Racing Club they acted straight away. I must confess it probably wasn’t the politest moment of my life, but they did a great job and they got her straight on a flight and Prince Of Arran landed back in the UK on Monday, so they are both home, which is a good end to the story. I do just wonder if they could have made the decision to cancel racing before horses flew out there. The runners who were going out for Cup night were always going on a certain date, but the horses hadn’t left when Dubai went on lockdown and yet they still maintained racing was going to go ahead. It was possibly a situation that I feel could have been avoided.

To add to the slightly surreal week, Vikki and I welcomed our first child – Jack, who decided he would join us three weeks earlier than we had originally expected. This was, in hindsight, a wonderful decision on his part, because not only is racing in lockdown and therefore I have a bit more time on my hands, he also joined us when coronavirus had not reached its peak in Britain and hospitals were not yet overwhelmed. I have never, touchwood, had to have much to do with the NHS as I have been relatively healthy, but I cannot praise them enough, they looked after us so well at a time that must have been incredibly stressful for them.

After a slightly bumpy start, Vikki and Jack are back home now and she has taken to motherhood like a duck to water and she has been amazing and my admiration for women and what they have to go through is sky-high at the moment. But it is amazing to have a little bundle of joy in what is a pretty miserable time for the world – we are really very lucky. 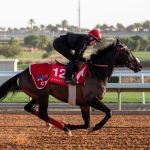 Another top-class performance from Prince Of Arran in SaudiOur Blog 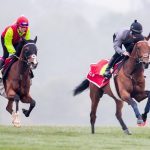 The timing of the Sunday Telegraph leak was all wrongOur Blog